MONTHLY BLOG! Of the last 3 months…

It’s been a long time since our last monthly update…. You last heard from us back in July what a time we’ve had since then… sorry we’ve very, very been busy!

The last few months have absolutely flown by, the wedding season really as busy as ever for Solid State UK! We’ll start with a jam-packed August… if July introduced us to this year’s wedding season then August really propelled us into it. Every weekend we were travelling all over Leicester and even further occasionally on event set ups for weddings, parties and the occasional barbeque (You could tell it was the summer!!!) Our #SSUKTeam was rushed off their feet throughout the month, putting all their efforts into creating the perfect events. Ah well September was up next now they could rest…. 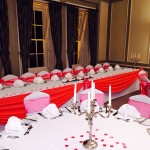 WRONG!! September was as busy as or arguably even busier than August which is crazy to think! September spelled the end of the wedding season for 2015 anyway. Again we all put our efforts into creating the wow factor at every even and wedding during the busy month. The end of September seen Gareth and Mel find the time to take a rare break from Solid State UK to catch some sunshine.

October or as we refer to it as the month of the computer has been all about technology!! After the wedding season died down we’re now preparing for a busy festive season full of events and parties! The only thing that’s let us down all month has been… the COMPUTERS!!! It’s been a month full of windows updates and emails failing… but not to worry everything has now been fixed and resolved, we just hope they behave for the rest of the year!! 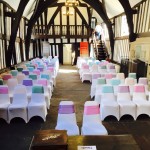 Well there you have it, it’s been a great last 3 months for us… and we can’t wait for the last couple of months to the year to get started!!!

From the SSUK Team.

After a few challenging days for everyone involved with Solid State, we can now happily announce that… #ComputerGate is officially over!

This entry was posted in News. Bookmark the permalink.